I recently picked up a Chromebook (a Dell Chromebook 11) and hoped to do a a little bit of hacking on Dart with it. Out-of-the-box the Chromebook can’t run native Dart code (as command line, nor in the browser), so you’re limited to web-based apps using Chrome Dev Editor (which is rather slow at compiling Dart in its JavaScript form).

In order to get around this, many people install Linux (usually Ubuntu via something like Crouton) but I didn’t want to do this because I don’t really like Ubuntu, and it seemed like quite an overhead just to run the (fairly light) Dart VM!

So, when my (replacement!) Chromebook (my 3rd in two weeks!) turned up today; I thought I’d see if the Dart VM would work in Chrome OS’s Developer Mode without having to resort to Linux.

It turned out to actually be pretty simple; and it might be even simpler to someone that understands Linux better than I do! The steps I followed are below. If anyone can improve these; please do post in the comments so I can update them. The editing of the bash_profile is a bit clunky (mainly because I don’t know vi; and I didn’t want to use another Chrome extension just to edit the file!) and I don’t really understand why I need to remount.

Now when you want to run dart, you can do it from the normal browser-based shell!

Here’s a screenshot showing it works on my Chromebook; I’m using Chrome Dev Editor for the Dart editing, and executing the tests in the shell. You can run pub serve this way and hit up http://localhost:8080/ in the browser for web apps (which I suspect will compile much quicker than the Chrome Dev Editor version). 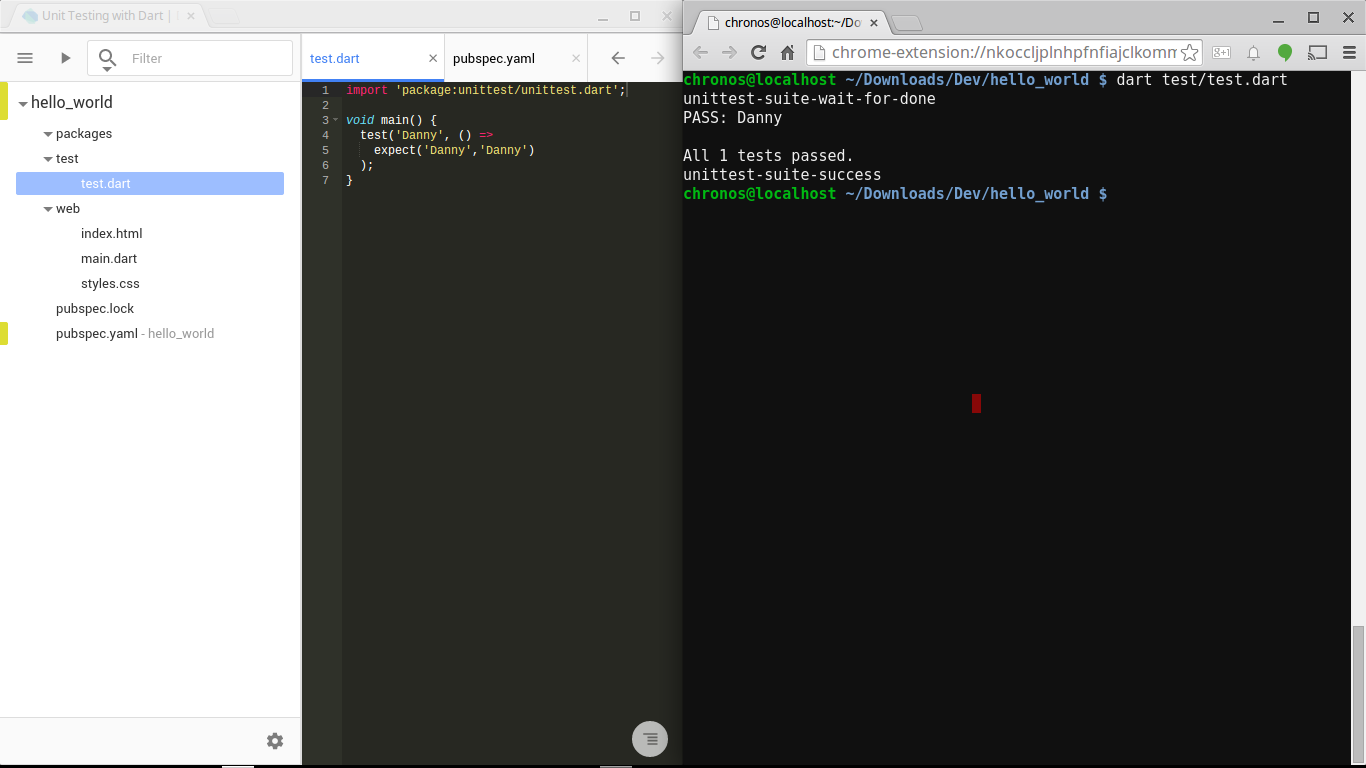 If you’re interested in a Chromebook; don’t forget to take a look at Chromebook Comparison Chart! :)