I recently picked up an Xbox One console (Gamertag is DanTup) and have been downloading the free Games with Gold titles and picked up a few of the Deals with Gold offers.

I looked around for some way of getting notifications of new deals/free games so that I wouldn’t miss anything if I was busy or didn’t play Xbox for a while, but couldn’t find anything. I did, however, discover that Major Nelson posted about every deal/free game (and this month, also the Countdown to 2015 deals). He also has RSS feeds for all marketplace posts or all posts tagged ‘deal’.

I did a bit of searching online, and found a couple of free RSS-to-Email services. Some of them looked a bit naff and some wouldn’t let me sign up with a plus symbol in my address (urgh!). I found two that looked reasonable and didn’t have poor email validation but since I didn’t know how reliable they’d be, I decided to sign up for both and see how they went.

The two services I signed up with are:

I was pleasantly surprised that both services have worked perfectly well since I signed up at the start of December, which is around 17 emails so far (they’re currently arriving daily, due to the Countdown to 2015 deals). The emails tend to arrive within an hour of each other; and according to the timestamps; actually arrive before Major Nelson even posts them! (Timezones FTW).

As mentioned above; Blogtrottr does include ads; but other than that, there’s actually very little difference in the two emails: 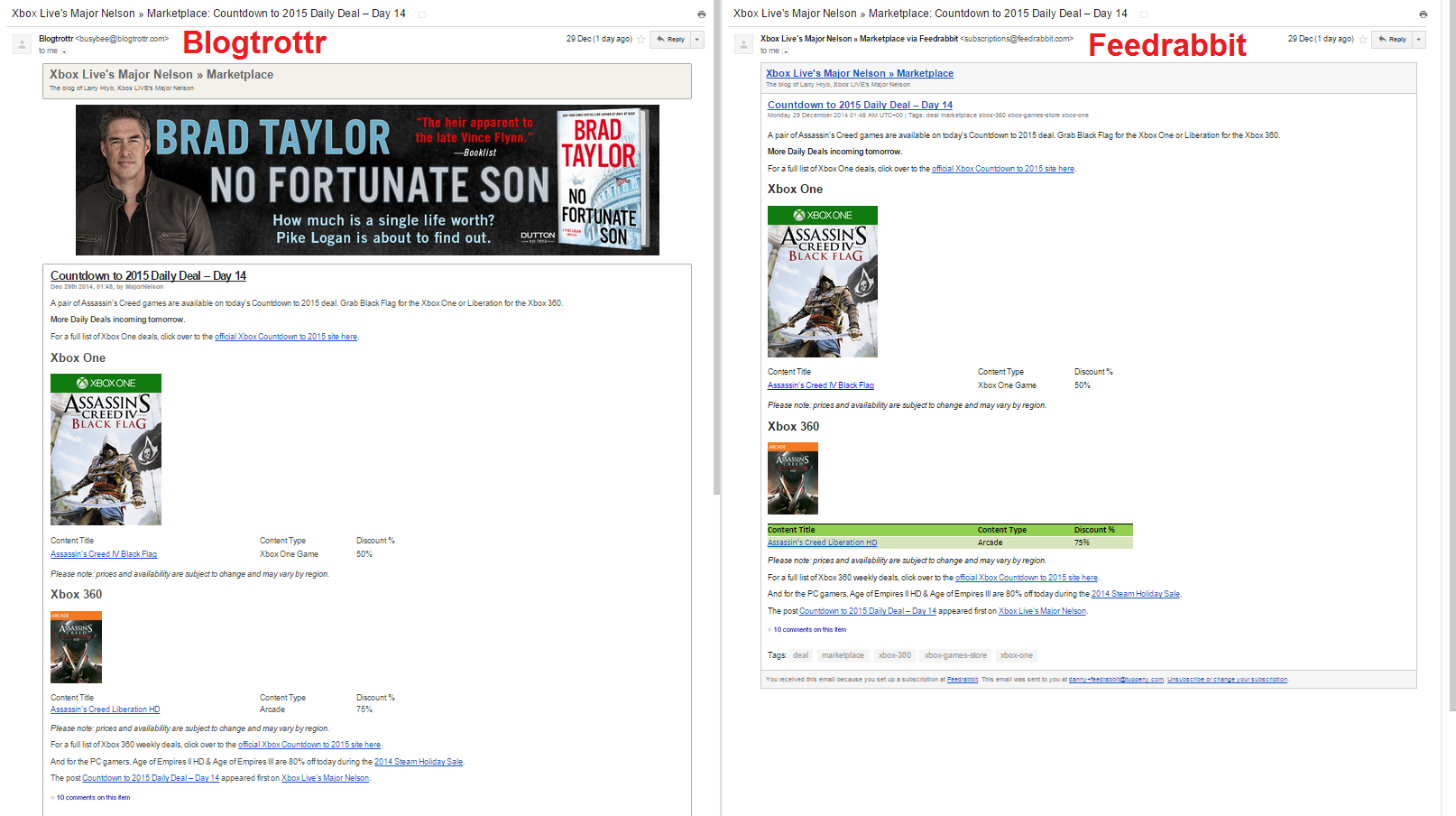 Since the emails always arrive together and it’s such little effort to archive them; I’m going to keep both services active (reducing the chances I might miss one if a service disappears overnight). Although you might prefer Feedrabbit’s ad-free emails, it could be argued that Blogtrottr’s ad-sponsored version might be more sustainable. Since both have been completely reliable, I can’t really offer any additional information that might swing your choice one way or the other.

If you know of any other services that work well; or have any comments on these two; feel free to post in the comments!